Meadowbrook Stables, a Montgomery Parks partner located in Chevy Chase, MD, has a lot to  celebrate. It’s been 85 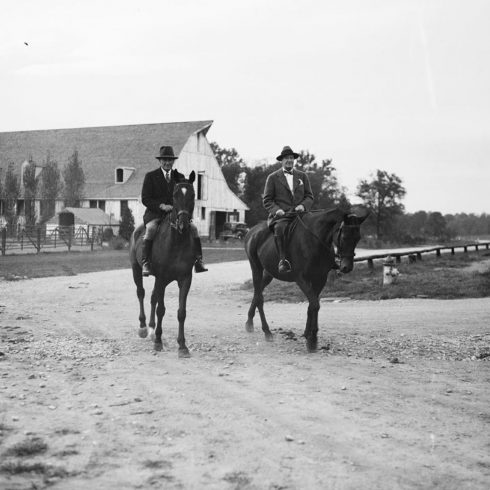 years since the esteemed riding facility first opened in 1934, and is now one of only a few urban riding schools remaining in the United States. Over the years, it has hosted riding competitions both large and small, and has welcomed some of Washington’s elite — including Eleanor Roosevelt, General George Patton, and Jackie Kennedy.

Among its numerous distinctions, the facility is a designated historic site, and is operated by Meadowbrook Foundation Inc., a 501 (c)3 nonprofit organization with a charitable mission committed to education, character development, community, and stewardship.

Meadowbrook Stables is open to the public. Visitors can walk around the barns, see the 50 horses on the property and watch the riders. The facility maintains a strong riding program that teaches riding and horsemanship to children and adults of all levels, from beginners through those showing at the national level. Each year the facility teaches approximately 400 riders. The facility also provides boarding, leasing and showing opportunities — all on only 10 acres of land. 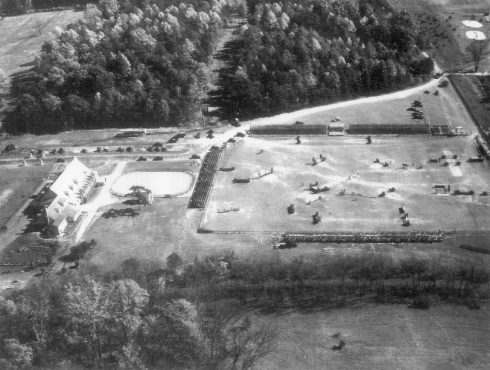 When Meadowbrook Stables was built in 1934, it was surrounded by woods. Neither Connecticut Avenue nor East-West Highway were paved yet. The stable building was built by John Gheen, proprietor of the District of Columbia’s Shoreham Saddle Club. Gheen wanted a stable in Maryland, and selected the Rock Creek site for his new venture, renaming his new club, the Meadowbrook Saddle Club. A lease agreement with the Meadowbrook Saddle Club facilitated the creation and operation of this facility on Parks owned land and established one of Parks’ earliest public-private partnerships.

By 1935 the facility at Meadowbrook had 10 horse shows a year, including the annual Inter-American Horse Show and Exhibition, with an average attendance of 1,500 people. All proceeds from these events went to charity. The stables began offering riding lessons in 1943 and has been teaching equestrians ever since.

In 1985, the Maryland-National Capital Park and Planning Commission (M-NCPPC) successfully nominated Meadowbrook Stables (Rock Creek) for designation on the Montgomery County Master Plan for Historic Preservation. It remains the only historically designated horse stable in Montgomery County. Only 26 stables, including Meadowbrook, are historically designated in the State of Maryland.

David Bradley, founder of The Atlantic magazine, established Meadowbrook Foundation, Inc., a 501(c)3 organization in 2001. He then invested in extensive renovations to the barns, rings, paddocks, and other parts of the facility.

A Vision for the Future

As a partner, Meadowbrook Stables shares Montgomery Parks’ mission: to protect and interpret valuable natural and 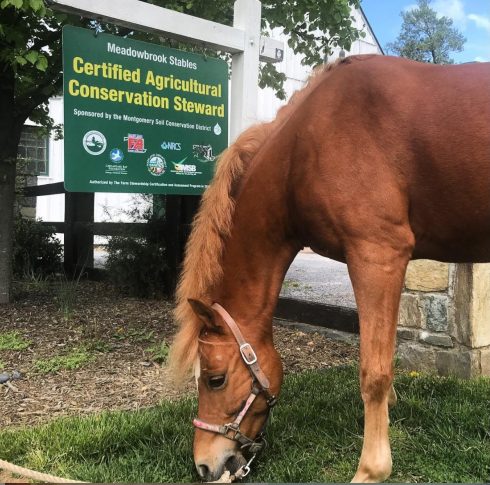 As the stables honors its past, it also looks to the future. The goal is to continue modernizing the facility and running programs that are consistent with 21st century standards. That means continuing to strive to have the best horses, a staff that is well trained and certified, and top quality veterinary and equine care.

The public is invited to join Meadowbrook Stables in celebrating its 85th anniversary on Saturday, September 7 from 3 – 5 pm. There will be tours of the barns, demonstrations by riders and the mounted Park Police, a hands-on pony grooming station, and remarks from special guests, including Montgomery Parks’ director, the head of the Maryland Horse Industry Board and several Montgomery County elected officials.