Juneteenth commemorates the end of slavery in the United States and is celebrated annually on June 19th.

Our partners at Prince George’s County Parks and Recreation offer some background on the holiday:

Juneteenth is the oldest nationally celebrated commemoration of the emancipation of slavery in Texas and the United States. Juneteenth, an amalgamation of June and nineteenth, originated in Galveston, Texas as a response to General Gordon Granger’s pronouncement on June 19, 1865 that “…all slaves are free.”

This announcement was necessary because African Americans in the state did not know that slavery had ended two years earlier. On June 7, 1979, more than a century after the abolition of slavery in Texas, Juneteenth became an official state holiday by legislative mandate.

Later this year, Montgomery Parks will celebrate the re-opening and expansion of the Josiah Henson Museum & Park. It will highlight the incredible story of Rev. Josiah Henson and his journey to freedom and the history of those enslaved in Montgomery County. In Henson’s slave narrative, The Life of Josiah Henson, Formerly a Slave, Now an Inhabitant of Canada, as Narrated by Himself (available online via UNC-CH) he states: 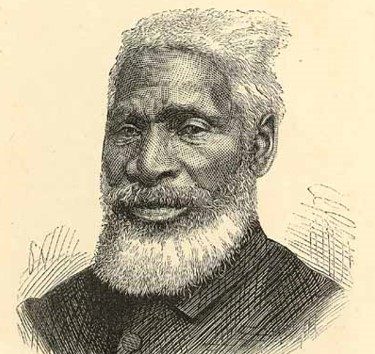 One absorbing purpose occupied my soul–to gain freedom, self-assertion, and deliverance from the cruel caprices and fortunes of dissolute tyrants. Once to get away, with my wife and children, to some spot where I could feel that they were indeed mine–where no grasping master could stand between me and them, as arbiter of their destiny–was a heaven yearned after with insatiable longing. For it I stood ready to pray, toil, dissemble, plot like a fox, and fight like a tiger. All the noble instincts of my soul, and all the ferocious passions of my animal nature, were aroused and quickened into vigorous action. (as quoted in his 1876 narrative)

Henson’s path to independence became part of the background for a national dialogue around slavery prior to the Civil War. To learn more about Rev. Josiah Henson please visit JosiahHenson.org or learn more about our book Sharp Flashes of Lightning Come from Black Clouds: The Life of Josiah Henson.